Approach to gain ground by the players -TAPROGGE (Germany), – Industrial IT

Carbon capture can be part of the climate solution

Right next to the small island of Munkholmen, outside the city of Trondheim, the first of two observation buoys is now installed to collect data from the fjord. With a diameter of five meters and yellow in color, the buoy is easily spotted from land. The buoys will be powered primarily by wind and solar energy and do not need to be permanently manned.

“It’s probably an understatement to call it a buoy. A floating laboratory would probably be a better description,” says Emlyn Davies, researcher at SINTEF.

He is a marine scientist and has helped develop some of the equipment that will undertake continuous measurements of marine environmental data. The research buoy will be important for testing ocean sensor technology, training future marine scientists and establishing long-term data on the state of the environment in the fjord.

Information from the buoys will be used to improve understanding of the environment and to develop and update models. Ocean models can predict things like current conditions and algal blooms, but more knowledge is needed to develop them further.

The second buoy, with a diameter of about two meters, will be located outside Ingdalen in the municipality of Orkland. Both buoys are part of OceanLab, which will host one of the world’s most advanced data collection platforms for marine research.

According to Davies, OceanLab is a new state-of-the-art national research infrastructure being established in Trondheim. This is a collaboration between SINTEF and NTNU, funded by the Research Council of Norway. OceanLab will contribute to research on underwater robotics, aquaculture, autonomous navigation and environmental research. Observation buoys are particularly important to better understand the environment of the fjord.

The data collected will be made available in real time on a digital platform for anyone interested.

“As we gradually develop new ways of using the ocean’s resources, we also have a growing need to collect data. This is important in order to develop good ocean models capable of predicting the impact of developments – which is also one of the goals of the United Nations Ocean Decade. This will give us more knowledge about the consequences of what we do. An example of this is the growing interest in harvesting the smaller organisms found in the sea, such as Calanus finmarchius and krill. The data we collect will provide a better understanding of how it affects the environment, ”says Davies.

The buoy off Munkholmen will collect data on everything happening nearby, such as weather, waves, current and temperature, and it is specially equipped to monitor underwater life.

It will have a range of features including particle imaging, acoustic communication and a plug-and-play interface for custom sensors. In practice, this means that researchers can add and remove sensors as needed. The floating laboratory will also have equipment capable of taking pictures of organisms invisible to the human eye, such as phytoplankton.

“By looking at the type of plankton here, what it looks like and how it changes over the course of the season, we will be able to see, for example, how the River Nid affects the ecosystem of the fjord. With climate change, we are seeing more extreme weather conditions with heavy rains that carry water from the land to the ocean. When the sediments enter the fjord, they block the light. One of the effects is that it prevents the growth of algae, which in turn leads to a reduction in the food available to organisms and decreases the production of oxygen. To understand these types of changes and their consequences, we need to collect long-term environmental data, ”says Davies.

One of the most advanced instruments in the buoy is called CytoSub. This equipment creates images in place by lowering an instrument called a flow cytometer, which produces microscope images and fluorescence signatures of particles and plankton down to the nanoscale level.

The reason is that phytoplankton is an essential organism for ocean ecosystems. Phytoplankton produce about 50% of the world’s oxygen. They also harness energy from sunlight that scientists can measure using light sensors. Plankton is also a primary source of food which in turn is eaten by larger organisms.

The position of the buoy at Munkholmen was calculated using a 3D model developed by SINTEF called SINMOD. This model system connects and simulates physical and biological processes in the ocean. According to SINMOD, the selected point is representative of a large part of the fjord.

“Even though the data is only collected from one location, what is happening in the Trondheim Fjord may be representative of ocean conditions elsewhere in the world. For example, if the sediments blacken the water and impact nature, then this knowledge is transferable to other coastal areas, ”says Davies. “They will serve as a platform that can support faster technology development and prototyping of new sensors, as well as comparisons of different sensors that measure the same thing in different ways. Here we can test new technology while it’s in development. “

Testing this kind of technology is often both expensive and time consuming, but here researchers and tech companies will be only a few hundred yards away.

“We can get here in a few minutes, plug in whatever we want to test and get the data really fast,” says Davies.

Create electricity for own consumption

SINTEF Ocean acquired the buoy from the British company Hydrosphere, which supplied the buoy according to a design developed by Mobilis in France. They developed the buoy specifically for OceanLab.

“It is the biggest buoy we have developed so far. It has four chambers for sensors and measuring equipment and it has also been adapted for power generation using spare solar cells, wind turbines and fuel cells so that it is self-sufficient in electricity, even in winter, says John Caskey of Hydrosphere.

This article is courtesy of Gemini News and can be found in its original form here.

The opinions expressed here are those of the author and not necessarily those of The Maritime Executive. 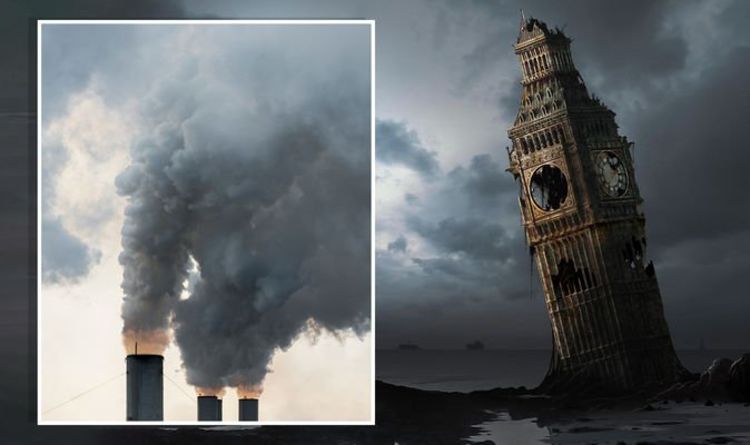 End of the world: MIT scientist says we are on the verge of mass extinction | Sciences | New

At least five mass extinctions have occurred in the past, caused by cosmic and natural …