Lucille Thompson May 5, 2022 Biosphere Comments Off on More than a lakh of trees to be felled for coal mining project in Odisha 2 Views The Union Coal Ministry has sought to speed up the process of diverting the forest for the surface coal mining project, which would require the felling of more than a lakh of standing trees in a reserve forest and would significantly disrupt the elephant population in Angul district of Odisha.

Singareni Collieries Company Limited (SCCL), a joint venture between the Government of India and Telangana, has proposed to mine coal at Naini Coal Mine in Chhendipada Tahasli of Angul district.

SCCL is awaiting environmental and forest clearing before diverting 783.275 ha of forest land for the coal basin, which lies in the southeast corner of the lower Gondwana basin in the Mahanadi Valley.

According to the site inspection report submitted by the Divisional Forestry Officer of Angul, 1,05,092 trees are expected to be felled in the Chhendipda reserve forest, 1,087 trees in the revenue forest and 327 trees in the unclaimed land. forests.


The major issue reported by the site inspection team was the threat to wildlife, particularly elephants. Although the area proposed for coal mining is not part of any national park, wildlife sanctuary or biosphere, movements of wild elephants are often observed in the northern and southern parts of the concession area. The division wanted a detailed mitigation plan to provide safe passage for the elephants.

The reason the Forest Department raised the issue was that the entire area on both sides of State Highway-63 up to the Deogarh division had coal reserves and many companies were likely to come in the future . If an underpass is not built, it could lead to the death of elephants in traffic accidents.

The Ministry of Coal anticipated the matter, saying that if the Odisha government plans to carry out a comprehensive study, it could lead to further delay in the operationalization of the mine.

“It is understood that Odisha is considering engaging the Indian Council for Forestry Research and Education, Dehradun, for forestry research which would take considerable time and could impact the granting of environment and from deforestation to coal mines located in the Angul district of Talcher Coalfields. This could adversely affect coal production from coal blocks in the Talcher and Odisha coalfields,” Mr. Nagaraju, Additional Secretary in the Ministry of Coal, said in a letter to Chief Secretary Suresh Chandra Mohapatra.

“Coal mining plays an important role in the growth of Odisha’s industrial sector. The state accounts for 24% of India’s coal reserves, which is a crucial part of the state’s economy,” Nagaraju said.

He requested the Chief Secretary of State to direct Forestry Department officers to provide their comments to the Ministry of Environment and Forestry and Climate Change at the earliest, instead of engaging ICFRE for any forestry research.

According to sources, the state government was planning to request the study from the Bombay Natural History Society, which should speed up the process. 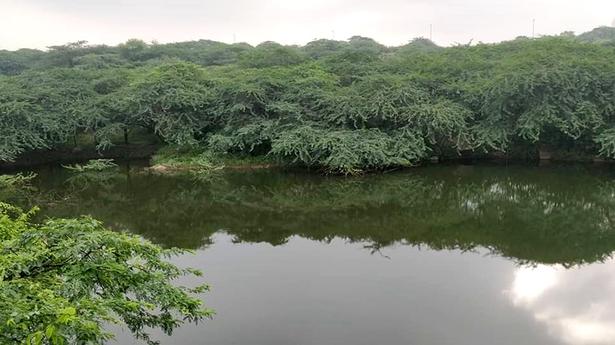 Jungle Safari in Aravali from Gurugram – The Hindu