Aquatic voyages through the hydrosphere

Approach to gain ground by the players -TAPROGGE (Germany), – Industrial IT

Carbon capture can be part of the climate solution

On May 2, 2019, we did a My Water Journey activity. The purpose of this activity was for us to understand how water moves through the hydrosphere. We wanted to do this project because it would allow us to better understand the project we have been working on for many months with the support of the Natural Resource Council of Maine.

There were nine stations, each with a destination where the water cycle could take a drop of water. Each color-coded station included a giant cube of dice and a bucket of colored beads.

We each received a pipe cleaner and went to a station. The procedure at each station was to grab a bead, put it on your pipe cleaner, roll the dice, and move on to the next step in your unique aquatic journey.

Each station had a different colored pearl. The ocean was blue, the river was red, a cloud was white, the glacier was black, the ground was brown, the groundwater was purple, the animals were yellow, the lake was orange, and the green was the plants.

On the dice, the locations listed were realistic to the real world water cycle. There were even times when we would stay in one place for a few laps. This meant that it was probably a place where the water cycle did not progress as quickly.

The places you were most likely to stay were the glaciers and the ocean. Glaciers because they take millions and millions of years to melt, and oceans because they are so big.

Once we filled our pipe cleaners to the top with pearls, we recorded our journey through the water in our science journals. Note the color of the beads we received and the order in which we received them. We also tried to use our hydrosphere vocabulary to generate verbs for each part of the cycle. 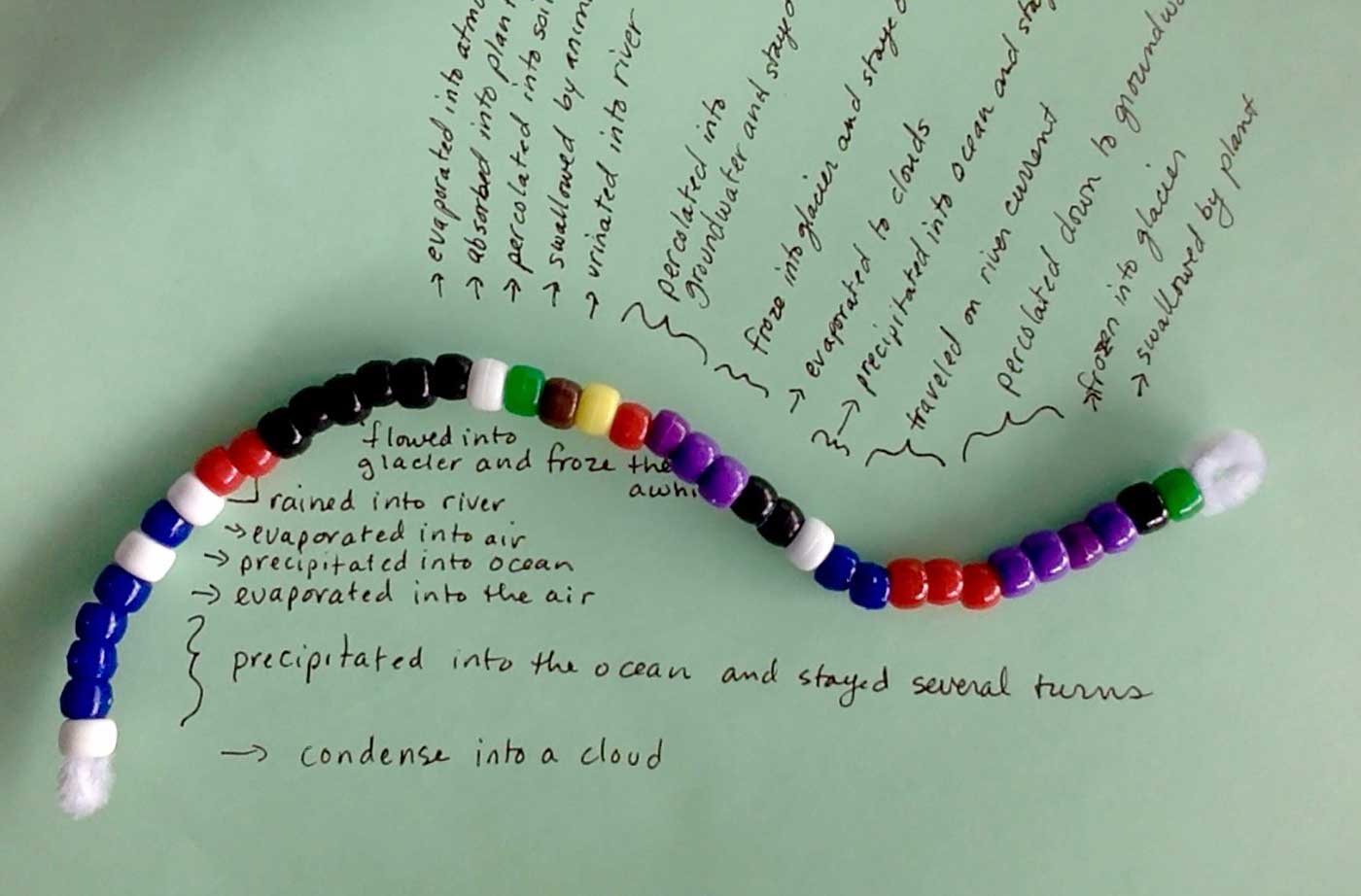 When we compared the paths with the rest of the class, it quickly became apparent that very few water drops move in a simple circular path by evaporation, precipitation, and condensation. The hydrosphere is full of variety!